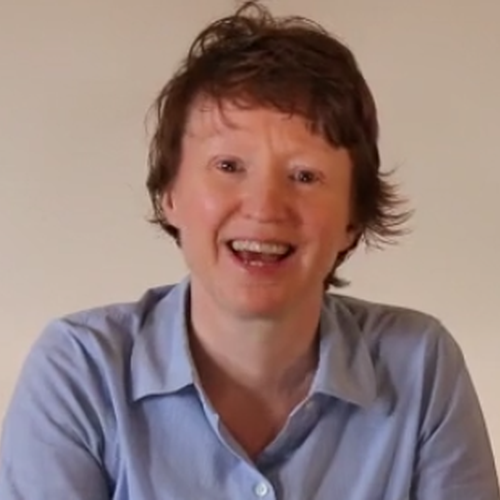 I am Laurie Beesting. I qualified as a teacher with a Bachelor of Education Honours Degree in 1990 and taught in the British school system for over 20 years, before moving to Canada in 2011, since when I have been teaching math privately, one-to-one.

Talks covered by this speaker

How Can I Get My Kids To 'KNOW' Their Times Tables?

Have you got yours yet?

Our All-Access Passes are a must if you want to get the most out of this event.

My extensive teaching career has given me sound knowledge of how children learn best. I know that learning styles differ wildly, and I became a patient and inventive math teacher, finding existing or developing my own creative, but always simple ways to get concepts across.

Whilst teaching math one-to-one, I listed common problem areas; these became known as the ‘OFTEN-MISSING-BUT-REALLY-NEED-TO-KNOW-BITS’, and I found simple-as-possible ways to address them.

Most enquiries for 1:1 math lessons were from parents with an ‘emergency cry for help!’... their Grade 5, 6, 7 child (or sometimes older teen) was struggling – things had been ok up to about G4, but then somewhere in G5-7 things seemed to go wrong: they were ‘all at sea’ – seemingly now lacking important basics, losing confidence and generally feeling anxious and frustrated about their math... could I help?

Some of the students were in mainstream school, others were home-schooled.

For Grades 5, 6, 7, 8+ or even adults: it was about GAPS – the missing essentials... the not-being-sure-what-bits to target and check up on. And about the frustration of not knowing where to begin; the heavy feeling in the stomach of knowing that going back through all the earlier curriculum was depressing and actually not realistic or do-able.

For Grade 4: sometimes a parent of a G4 child wanted to fast-track – to push ahead. Although these enquiries were in the minority, I have used the program with some G4 students who had the knowledge and maturity to cope with concepts in later Grades; they LOVED the feeling of ‘getting a little ahead of the game’.

Students loved the bite sized, simple approach – and it was working! Confidence was growing and skills were building. Students were animated and feeling more in control; it was wonderful to see self esteem rising. They LOVED watching the ‘I CAN / I KNOW’ statements build and took pride in ownership of being able to build the list of skills they now ‘owned’.

It was not obvious (and didn’t matter) which ‘earlier’ Grade the skill was ‘from’ – so older students kept their dignity and simply enjoyed the fact they had ‘nailed it’. That felt so good... for them, and for me.

The more I thought about and planned work to help these individual students, the more I realized that what I was planning and delivering day in, day out, were the same things! Students were generally needing reinforcement of the same skills and concepts.

It dawned on me that what I was doing with my math students could be shared with thousands more students if I told parents what I do and how I do it!

Thus, the idea of Bridge the Gap Math™ was born.

I wanted to put ‘me and the program’ into an easy to use book. So here I am.

Want to sponsor? Contact us to find out more.